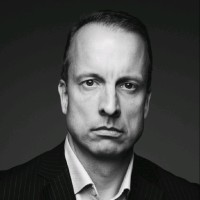 On July 5, Iran´s Foreign Minister Mohammad Javad Zharif informed Parliament in Tehran of ongoing negotiations between China and Iran on a 25-year strategic accord. When Chinese President Xi visited Tehran in 2016, China and Iran signed a joint statement on a comprehensive strategic partnership. Over the last four years Chinese and Iranian leading strategists gathered in Zhongnanhai – Beijing´s central government district and in Tehran to map out the contents and architecture of this strategic agreement which likely includes military, economy, energy, telecommunications, industry, infrastructure, science and education. This may transform the strategic and geopolitical equilibrium in the Middle East in the long term.

In October 2020 the UN lifts the arms embargo on Iran in accordance with the nuclear deal, Joint Comprehensive Plan of Action (JCPOA). This enables Iran to purchase conventional military hardware from other countries. According to Zarif´s presentation to Parliament on July 5 Iran does not want or allow China to establish permanent military bases or gain any long-term land-control on Iran´s territory in exchange for any economic deals. However, while developing industrial or infrastructure contracts in Iran, China may demand to provide security at ongoing construction locations, particularly in areas with prevailing security risks. Furthermore, in the military field we may see a wide array of initiatives and deals including increased military training, land-based, naval and aerial exercises, such as last year´s China – Russia – Iran naval exercise in the Gulf of Oman. In addition, investments in new military installations and advanced technology.

In addition, Chinese companies may contribute with advanced technology, robotics and AI in various industrial fields. China and Iran need to agree on how to deal with US sanctions to mitigate risks in its strategic relations. While barter agreements trading Iranian oil and gas contracts for Chinese industrial, infrastructure and energy deals appear likely, other options may emerge in negotiations between China and Iran. Iran´s sovereign wealth fund, the National Development Fund of Iran with 90bn USD in estimated holdings may finance strategic industrial and infrastructure projects. Other international financial partners also seem likely.

Development of Iran´s energy sector constitutes a central part of the industrial component in a strategic agreement between China and Iran. While the China National Petroleum Corporation (CNPC) pulled out of a deal to develop Phase 11 of Iran´s the South Pars gas field, adjacent to Qatar´s section of that gas field, a new strategic agreement between China and Iran may reinvigorate a CNPC re-entry. Currently, Iranian energy company Petropars develops Phase 11 in the South Pars gas field.

A range of new energy deals covering oil, gas, petrochemical industry and renewable energy may ensue with a strategic agreement between China and Iran. Chinese companies may also contribute to new oil and gas pipelines connecting to existing regional pipeline networks and form new pipeline corridors. Regionally, existing pipeline networks include the Central Asia – China gas pipeline, which connects to China´s west – east pipeline grid which runs from the western part of China to the east, and covers approximately 7000 km from Turkmenistan to eastern China. The Tabriz – Ankara pipeline runs 2,577 km from Tabriz in north-west Iran to Ankara in Turkey. The Iran – Pakistan gas pipeline also known as the Peace Pipeline foresaw construction of a pipeline from the South Pars gas field in Iran to Karachi in Pakistan. However, while the pipeline remains delayed, a strategic agreement between China and Iran may provide the necessary final push to complete the Iran – Pakistan pipeline. Currently, Iranian companies build the 1100 km Goureh – Jask pipeline stretching from the Goureh Oil Terminal near Busher to Mobarak Mount in the western Jask region along the Sea of Oman, with a 1 million barrels per day transfer capacity.

In the infrastructure field, Iran effectively enters into China´s One Belt One Road strategy. Due to Iran´s unique geostrategic location with a 2250 km coastline in the Persian Gulf, Strait of Hormuz, Sea of Oman and the Caspian Sea; in addition to a vast land-border with Iraq, Turkey, Armenia, Azerbaijan, Turkmenistan, Afghanistan and Pakistan; Iran becomes a vital country in China´s maritime One Road strategy and the land-based One Belt strategy.

China and Iran may also seek to connect the 3200 km long China – Pakistan Economic Corridor (CPEC) which stretches from Kashgar in the Xinjang-province in Western China to Gwadar in southern Pakistan along the Indian Ocean into Iran´s inland infrastructure and maritime port structure networks. This appears increasingly plausible now as Pakistani Prime Minister Imran Khan visited Tehran twice in 2019 improving Iranian – Pakistani relations further. Building infrastructure in the border region between Iran and Pakistan may also provide economic development in the tense Balochistan region, which experienced an insurgency with various groups including the Balochistan Liberation Army and the Baloch Liberation Front which regularly clash with Pakistan´s army. Calming tensions in the Balochistan region through economic and infrastructure development may provide employment and new trade networks unlocking the economic potential of this important border region and herald a new economic era for Iranian – Pakistani relations.

In the longer term a Chinese – Afghan – Iranian infrastructure initiative may emerge, pending negotiations with Afghan authorities and Taliban, constructing an infrastructure corridor including a railway, highway and a pipeline structure from Western China across the Wakhan Corridor in eastern Afghanistan through the Hindu Kush mountain range to Iran. This may form one of many initiatives driving Afghanistan´s future economic development as US military forces complete their planned withdrawal.

In addition, Iran and China may also seek to develop high-speed railway and cargo railway networks across Iran with connections from Iran to Kazakhstan and Turkmenistan, and onward to Tajikistan and Kyrgyzstan, thus connecting Iranian transportation networks to the emerging Central Asian infrastructure architecture. This enables connectivity with the important logistics cluster – Special Economic Zone Khorgos Eastern Gate located 330 km from Almaty on the Kazakh – Chinese border about four hours from Urumqi – the capital in the Xinjang-province in western China. Connecting China and Iran via Kazakhstan and Turkmenistan in addition to Afghanistan and Pakistan cement economic corridors across Central and South Asia.

Although China and Iran face various challenges by entering a 25-year strategic agreement, both China and Iran constitute historical trading and merchant civilizations with substantial manufacturing industrial bases and traditions in advanced scientific innovation. This provides a unique historic opportunity for both countries to finally form what may become a new strategic economic theater from East to West Asia for the coming decades transforming the geopolitical equilibrium in the Middle East as it in reality negates large parts of the US sanctions regime; propels Iran´s economic development eastwards; and grows the economic landscape from China to Iran. This strategic agreement shifts the geopolitical equilibrium in Iranian – Saudi relations, since it upends the status quo, which Saudi Arabia seeks to maintain.

In conclusion, the impending China – Iran strategic agreement forms the basis of a China – Iran Economic Corridor (CIEC) which may transform the strategic and geopolitical equilibrium in the Middle East in the coming years creating a tectonic strategic inflection eastwards to China.