Interview with Give Opportunity Global

On the occasion of our 115th-anniversary celebration, we’ve asked Richard from Give Opportunity Global to tell us a bit more about the charity and how it all began!

Who are we, and who is the organisation for?

Give Opportunity Global is an international development charity that enables children in Africa to access education through building schools and sponsorships. In addition, we support women and youth economic empowerment projects, to fight poverty through microfinance. 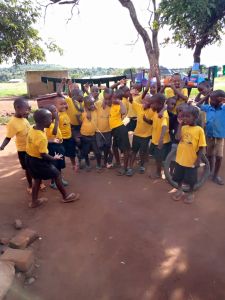 What inspired you to start Give Opportunities Global (GoG)?

Growing up in Africa I experienced first-hand how a lack of opportunity can impact people’s lives – especially children. One of my classmates in primary school dropped out of school due to a lack of school fees. His name is Benjamin. His dad passed away and his mother couldn’t afford to pay his school fees which are equivalent to £10 per annum in today’s British pounds. Benjamin never turned up at school again and we did not know what had happened to him. I only found out when I met him 6 years later in the local market, where he was selling foodstuffs like mangoes, dried beans and maize flour to earn a living. I was overjoyed to see him but at the same time I felt sad, I broke into tears after he told me why he had dropped out of school so abruptly.

This experience stayed with me, and of course, I could see how mothers and people, in general, struggled to make ends. I thought it unjust for a child to have to drop out of school due to lack of school fees and promised myself I would do something about it. In 2008, working for the NHS, I began sponsoring a child to go to school. I was earning very little money but could afford to save £5 per week, which could add up to £20 a month. For this amount, I would sponsor a child to go to school for at least 6 months and beyond as I saved more.

I continued saving and sponsoring more children, and later friends and well-wishers joined hands. By 2013, we had managed to educate about 250 children and constructed four classrooms. Having seen the impact, we had made operating on an informal basis, we thought that forming a charity would enhance our capacity to support more children and this is how GOG was born.

How has your work impacted the communities in Africa?

So far we have supported over 11,000 children to access education and some have graduated as teachers, doctors, nurses, lawyers and administrators. We have helped build five schools, with only two classrooms left to complete another. 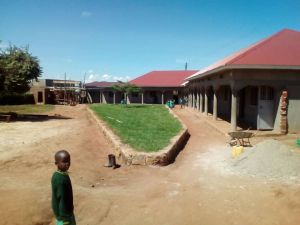 In addition, we have empowered over 3,050 women and youths to start their own small businesses through micro-finance schemes and ultimately break the poverty cycle.

The impact of the professionals and empowered women is invaluable. They’re transforming their communities, saving lives and creating opportunities for those most in need. The women we have supported to start small businesses can now afford to educate their children, which has allowed us to save money and support more disadvantaged children. We can see real tangible results where communities are transformed.

How can someone interested join GOG or get involved? 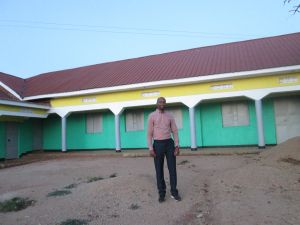 It is very easy; you only need to email us expressing your interest to join us or supporting us. This is the email to contact us, and correspondence may be addressed to Mr. Richard Munyawera (CEO) or Dr Rachel Smith (Head of Communication and Partnerships): info@gog.org.uk

We have some interesting volunteering roles, including Ambassador, Women’s Empowerment Executive, Fundraiser, Media Executive, and many more

What makes GOG unique or different from other charities.

As a volunteer-led charity – which means that none of us gets paid a salary – we rely on good people and professionals like you who give their free time to contribute to worthy projects. Together we provide opportunities to thousands of disadvantaged children so that they have access to education, and also empower women in Africa. This has allowed us to make a bigger impact whilst operating on a small budget and also makes us unique, efficient and effective in our ability to provide value for every donation received.

What has been the most important lesson you’ve learned along the way?

How to motivate people to do voluntary work with no pay! Much as it is voluntary work, it demands a lot in terms of time and resources to be able to meet the commitments we have made to support children and women’s economic empowerment.