We are delighted to have Hadeland Glassverk as a new NBCC member! Their new showroom in Chelsea Design Centre was opened this March, with the grand opening to be held in September. In the meantime, you can get to know them better below.

Hi Marita, we are very excited to have you with us. Hadeland can best be described as  one of Jevnaker’s cornerstone businesses. Could you tell us a bit about the company?

I guess you could say so. We celebrate our 260th anniversary this year as we were founded in 1762, and this makes us one of Norway’s oldest craft businesses. Today we are in full production, but we are still deploying the same traditional techniques and equipment that we used in 1762. 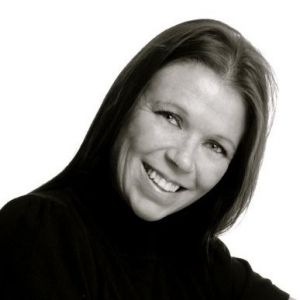 Our main areas of sales are lighting and glassware. From as early as 1930 we have worked internationally, and our lamps have been installed worldwide. One of our most famous installations is in the Kennedy Centre in Washington DC. Should you ever visit the centre and their magnificent Concert Hall, you’ll be able to see Hadeland´s 87 grand chandeliers and lamps displayed in all their splendour. 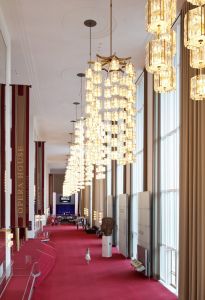 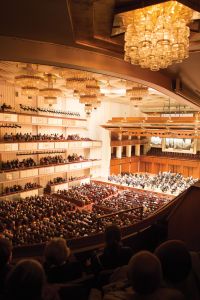 By 1960 we had over 100 employees in production alone. In the years following, however, the numbers began to decline. This continued until 2018 when production began to increase once again. Today, the number of employees is still rising, but demand continues to outstrip production. There is great interest in Hadeland´s designs worldwide, and export is one of our main areas of focus due to its high level of success.

The event which drew extra attention to our international export strategy was the “Inside Norway” fair in London in October 2021. We received an invitation from Design Centre Chelsea Harbour, the world’s premier destination for design and decoration excellence. With their interest in showcasing and focusing on global projects it was natural for us to accept their invitation to open a showroom in their venue. Step by step, we are building up our network and customer base in the UK. We have also hired a few people to take responsibility for our UK business. Although new to our operation, they share the same values as the rest of us in Hadeland, namely, the desire to embrace and nurture Norwegian design history and knowledge. We have already begun to enhance private residences in London with chandeliers worth around NOK 1 million.

It must be so inspiring knowing that your design and art are admired internationally. Are you working on any exciting projects as we speak?

It is an honour to see our work all over the world. We have many new projects in the pipeline. Controlling our own production allows us to be flexible, and we can tailor our designs to any project. Our most recent installation in Norway was a specialised project to deliver lamps to the lobby of Via Vika in Oslo. 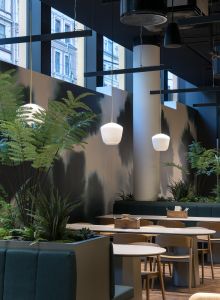 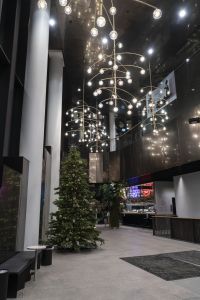 We also aim to work with big names on big projects. We have had several projects with Statsbygg to decorate their buildings, and a few years back we were also honoured to decorate the Oslo Opera House. It is the biggest chandelier in Norway with its 5800 crystal glass and 8000 diode lights. It weighs no less than 8,5 tons and was designed in collaboration with the Norwegian architect firm Snøhetta. 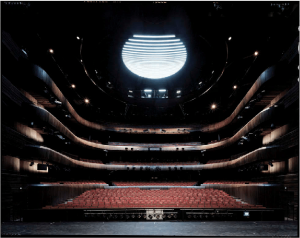 Those chandeliers are amazing! Wasn’t it a particular project that got you involved with NBCC as well?

It was! Kyrre (general manager of NBCC) approached us with a request to design a special trophy for the Aurora Business Awards. We had a number of discussions, and he kindly offered us advice on setting up in the UK. Going forward, it was a natural choice to become a member of NBCC. We are delighted to be included as the connection between Norwegian and British businesses will be helpful for us when establishing ourselves in the UK. When working with a chamber and other companies in similar situations, you’re never alone. That’s something we appreciate. 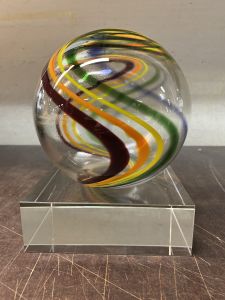 Very true! It’s always reassuring that you can rely on others who have also been in similar situations themselves. Still on the topic of Norway and the UK, where do you think trade between Norway and the UK will be in 10 years’ time?

I would say that our relationship is only improving and will continue to do so. It’s gratifying to note that the Norwegian Government is, more than ever before, increasing its focus on industries with export potential. This will undoubtedly contribute to more exports and an increase in awareness of Norwegian design. We already see that design is given more coverage in the national and international media. The result is a greater focus of attention around our products. All of this is only in the early stages, but I have no doubt that it is the beginning of something exciting and promising! 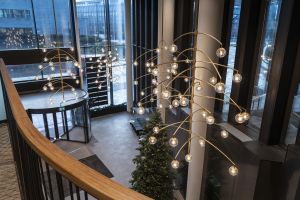 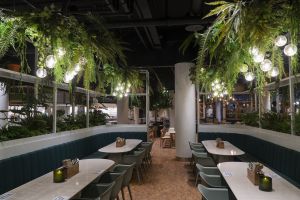